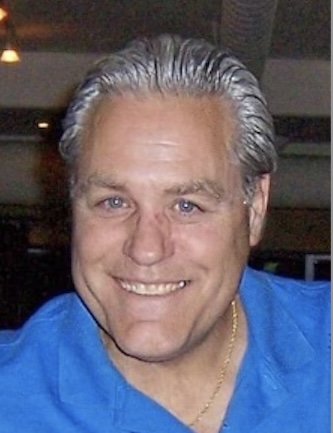 Jeffrey T. Gilchrist, 68, of Prospect Park (and formerly of Essington and Hummelstown), passed away peacefully at home on July 27th, 2022 after a long battle with cancer.  He is survived by his son, Troy (Jan), beloved grandchildren (Quinn, Cameron, Nathan), mother, Charlene Lelinski (Tony), sisters Cindy Gilchrist and Debbie Weaver (Gary), Karen Sindoni, cousins, and many special friends.  Jeff was preceded in death by his son, Jason, and father, James T. Gilchrist.

Jeff attended Interboro H.S. and graduated from Lower Dauphin H.S.  He served in the U.S. Navy aboard the USS Providence in the 70’s and was stationed in Viet Nam.

Jeff was the owner of Gilchrist Insurance Group.  He was an avid golfer, season ticket holder for the Eagles, and avid fan of the Flyers, Phillies, Sixers and all things ‘Philly.’  He also enjoyed taking scenic rides on his Harley with friends, spending time at his pool, the beach at Ocean City, playing basketball and baseball.  Most of all, Jeff loved his family, especially when everyone was all together.

Jeff’s life will be celebrated on Sunday, September 11, 2022 at the Griffith Funeral Chapel, Inc. with family receiving friends starting at 12:30 followed by service at 1:30.  The family wishes to thank those special friends and home–care workers who spent time & smiles with Jeff these past few weeks.