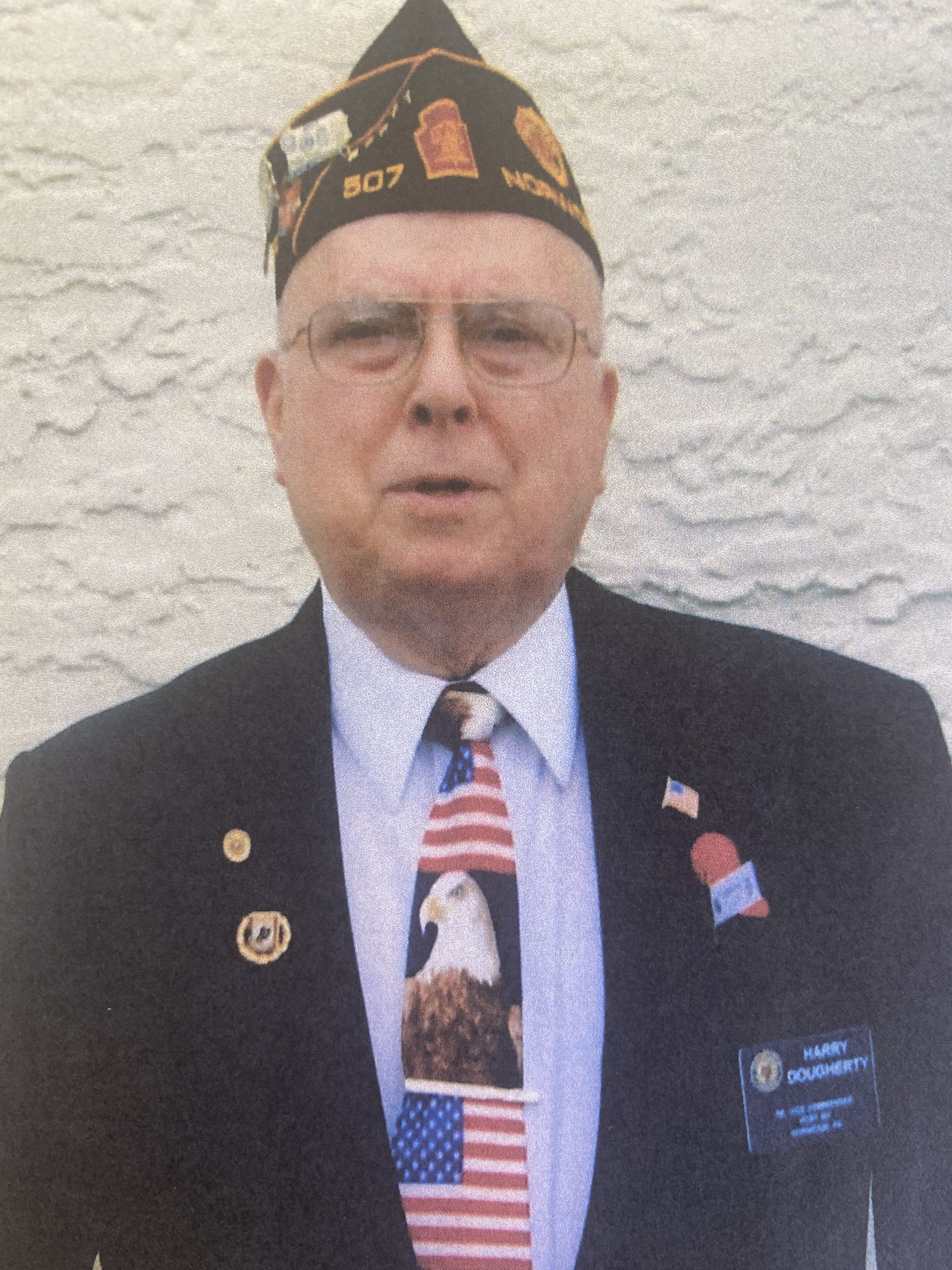 Harry C. Dougherty, 88, of Prospect Park, PA quietly passed away on August 25, 2022.  Harry was the son of S. Ross Dougherty and Bertha Dunmire from Meadville, PA.

He is survived by his wife of 56 years, Dianne Dougherty, and a brother, Jack Dougherty in Lewisburg.  Harry was predeceased by his daughter, Nancy, and his three brothers, Ross from Meadville, Clarence from Boothwyn and Reah from Smyrna, DE.

Harry was stationed in Fort Lee, Virginia from 1951-1953 where he served as a Quartermaster.  He worked as an auto parts manager, retiring in 1997.  He has been a member of the John Wesley Cross American Legion Post #507 in Norwood where he served as a Past Commander from 2009-2011.  Harry was an active member of the Senior Social Club of Norwood.

Funeral arrangements will be private.  In lieu of flowers, please consider making a donation to Little Flower Manor, 1201 Springfield Rd., Darby, PA. Condolences may be sent to griffithfuneralchapel@gmail.com.